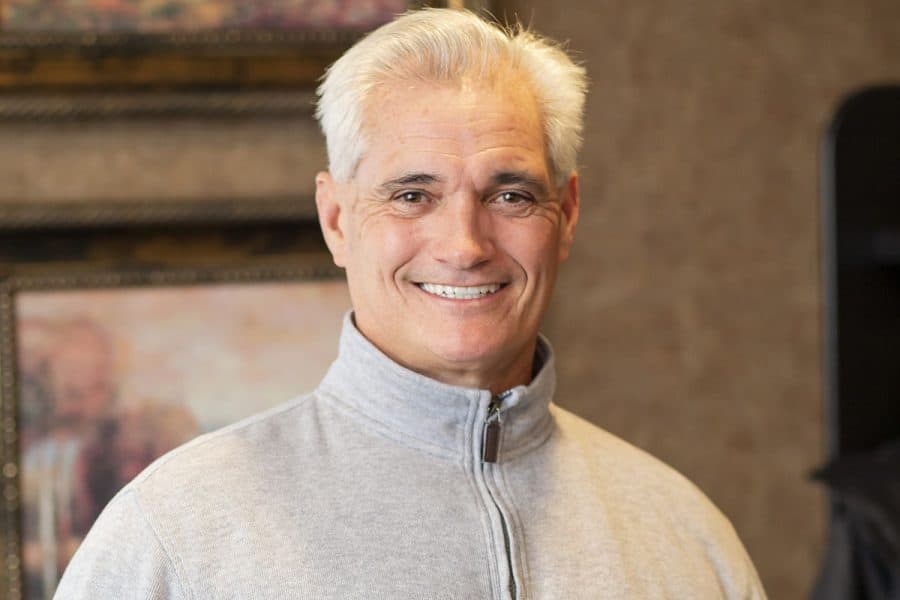 New patient, Margie, had brought her husband to her dental appointment and he just wanted to sit in the room while we provided care. Frank had been an executive at a large bank. He’d addressed assemblies of many people. At 52, he’d had his smile “fixed” elsewhere with extra-white, large caps, like the movie stars. His goal was to remain youthful. He bragged to the assistant that he didn’t need to floss because his teeth were “encased”. Frank had asked his previous dentist to send a copy of his last x-rays to our practice so he could avoid “tons of radiation that causes oral cancer”, which isn’t accurate, but we hadn’t received them.

A little over a week later, Frank called because nasty-tasting exudate, probably the result of an infection, had oozed out from under his gums on the upper right side. It had started 3-4 days before. We fit him into our schedule that day because we firmly believe that no one should have to suffer, if we can help it.  Our chairside, manual measurements revealed that Frank had significant bone loss in this area, which we labeled “periodontal disease”.  This oral disease destroys the bone that supports teeth, making them loosen.  Hearing this, Frank wanted an antibiotic to cure it. But I wanted some x-rays to determine the extent of damage so that an educated decision could be made, instead.

I mention this encounter to make four points, not to pick on Frank.

1.      Periodontal disease is silent and progressive.  It destroys the bone support around teeth, often in an irregular pattern. Patients don’t realize that they have it until we diagnose it, using x-rays and probing depths. The same x-rays allow us to diagnose any cavities under fillings or between tight-fitting teeth.

2.      Extra-white teeth are portrayed as “youthful” in commercials but it is more important to balance the color of covered teeth with the surrounding natural teeth and skin tone.

3.      These teeth might seem “encased” but it is only in the visible area.  The root, where plaque also accumulates and turns into tartar, still needs to be flossed. Sliding it gently under the gumline is imperative.

4.      Antibiotics don’t “cure” periodontal disease. Regular dental cleanings and daily flossing with the PROPER technique offer the best solution to prevent it, or slow it down.  But if you develop the disease, we have plenty of experience in controlling its progression.

So what ever happened to Frank? He never got out of his own way. Margie said that he eventually had most of his teeth extracted and a partial denture created for each jaw. He left the lower one on the night stand and the dog chewed on it. The new practice let him choose the extra white shade for his false teeth, which she claims make them look “cheap”. He’s had to give up some of his favorite foods because they get under the denture or wrap around the clasps but, at least, he’s lost some weight. I was surprised that I didn’t see an indent of her upper teeth on her tongue during my oral exam.