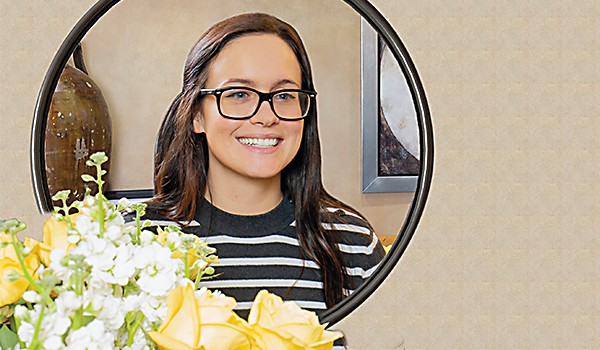 Almost all of us have lost a personal item at one time or another, but when my patient told me about the airplane, I just had to get her permission to pass it along. Nancy has been my patient for years, having relocated from England about 15 years ago. She’d gone back for the holidays and, while on the plane, the crown on her front tooth popped off. It fell to the floor and bounced out of sight, during take-off. Appropriately flustered, she asked the two passengers in her row whether they saw a tooth on the floor. I wish that you could have seen her representation of their faces when she asked them to check around their chairs!

Once reaching altitude, Nancy unbuckled and looked. Then, she pushed the button for a flight attendant and handed her a note about the problem. The attendant came back with a hand broom and dust pan. She asked permission to sweep the floor around everyone’s feet and stashed belongings. Nothing was found.

Nancy began to strategize her options. Getting off the plane in New York, she immediately (PQ do phones work in flight) called my office and left a message about finding a local dentist who could make her a new one in an hour. Whoa, talk about creating a miracle! I returned her call and suggested that she ask the airline to place a nylon stocking or mesh over their hand-held vacuum and clean the area where she’d sat. Well, they found the crown lying up against a chair brace, and returned it before Nancy had to board her international flight. But there wasn’t time to have it recemented. She called me with the update and I told her to wash it in a sink, after covering the drain hole (rubbing alcohol would have been better), dry the inside, then buy a small amount of Vaseline or use lip gloss to cover the inside of the crown. This would hold it securely in place until she reached England, as long as she didn’t bite into anything.

The happy ending to this story is that Nancy actually looked up her family dentist in England, prior to relocating, and found that his daughter had replaced him after earning her dental degree. One visit, a little cement, and a compliment on the workmanship, and she was enjoying herself again.
Thanks to Nancy, you now know how to handle the rare situation of a crown popping off.