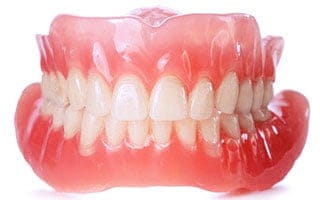 Many folks have spent Saturday evenings at a bar, catching up with friends.  A sassy comment or rude gesture, combined with several beers, can alter one’s face.  That’s what happened to Steve.  The punch he received chipped 5 of his front teeth.  He called our phone service early Sunday morning, with a frantic voice.  He stated that he had a job interview on Monday afternoon and he needed his front teeth fixed immediately. I returned the call and told him that I could meet him at my office.  He must have said “thank you” at least a dozen times.

The face and mouth are very vascular areas, meaning that there is a lot of blood supply. That’s why patients heal quickly when we have to perform minor surgery.  It is also why the inflammation after a punch makes one look misshapen. I greeted Steve with my “ice on, then ice off, then ice on” post-op instructions, in hopes that he could hasten the healing for the interview, and then I got to work.

First, I took x-rays to determine whether there was damage to the jawbone and roots of the teeth. I checked to see if all damaged teeth were “vital”, meaning no nerves had died. The amazing properties of tooth-colored “composite” material allowed me to fix some chips easily, and with no anesthetic.  I placed a veneer (like a tooth-colored false fingernail) on the front of two teeth, and slightly rounded out the tip of his canine, which is only possible because of the shape of this pointy tooth.  Finally, I warned him that any of these teeth could “die” slowly, from the impact received, and asked him to return for an exam within in a month. He was to avoid biting into apples, burgers, and similar food for this month.

I wish that Steve had gotten that job offer on Monday afternoon because I would have felt like a Save-the-Day dentist.  At least, I hope that he will think twice before he speaks up at a bar.

Contact Winterset Dental if you are in a fight or accident!